Playwright Jack Rushen did a superb job of digging into Metro Goldwyn Mayer’s history – most especially the history surrounding Louis B. Mayer’s autocratic hold on the film industry for decades. Bumping shoulders with the great and not-so-great in movies in the 1930’s, Rushin’s tale has Mayer, Irving Thalberg, and Joan Crawford strolling down memory lane. This is a world premiere which will fascinate and delight theater audiences. TAMING THE LION is a gripping true story which also give a peek at the values of an earlier era. 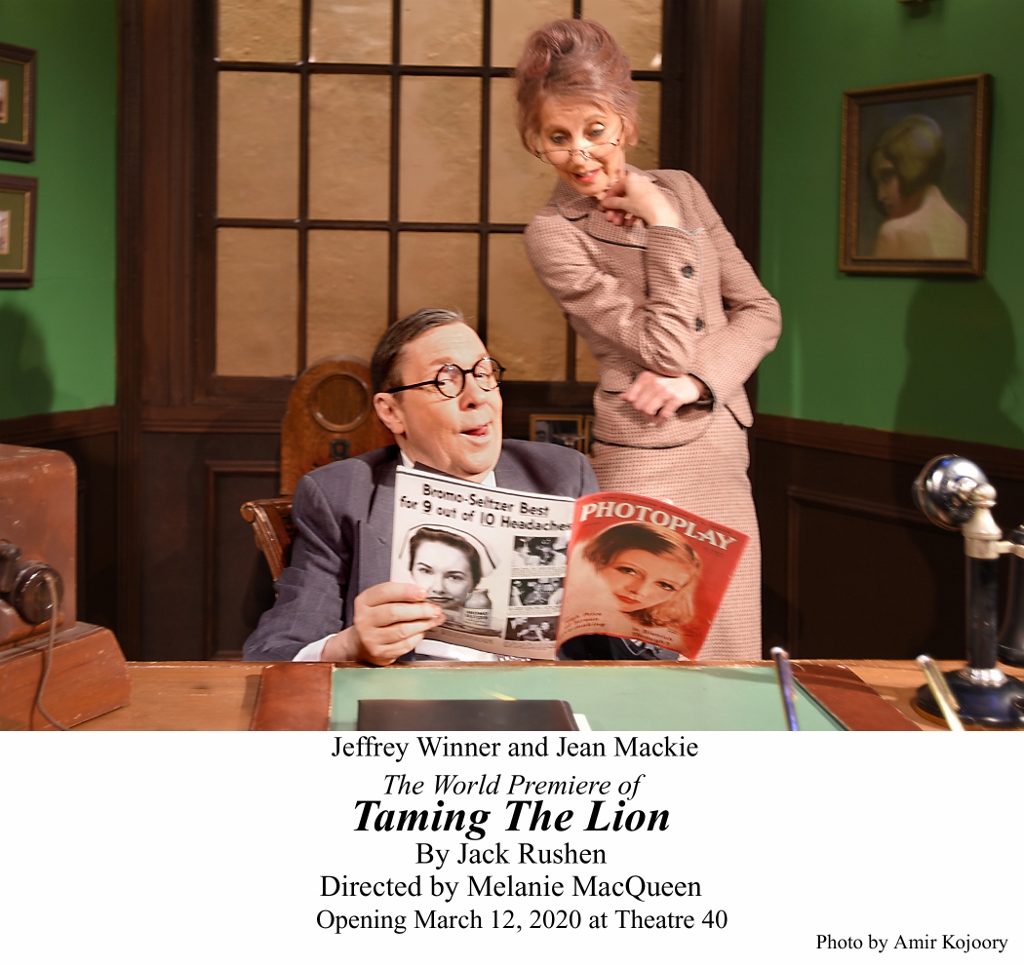 Matinee idol William Haines (Landon Beatty) acted in 50 films between 1922 and 1934, spanning the silent film years. But Billy, the number one box office attraction of his time, had one drawback, according to studio executives Louie B. Mayer (Jeffrey Winner) and Irving Thalberg (Kevin Deulude). He was the first openly gay movie star – a fact which MGM tried to conceal for years. Problems came to a head when photos popped up showing Haines and his male lover Jimmie Shields (Niko Boles) at a notorious gay bar. Mayer’s solution? It was time for Haines to marry a woman and quell the rumors. Haines was forced to make the painful choice between his beloved career and his personal life. All the while crying on the shoulder of his best friend and confidant, starlet Joan Crawford (Marie Broderick). 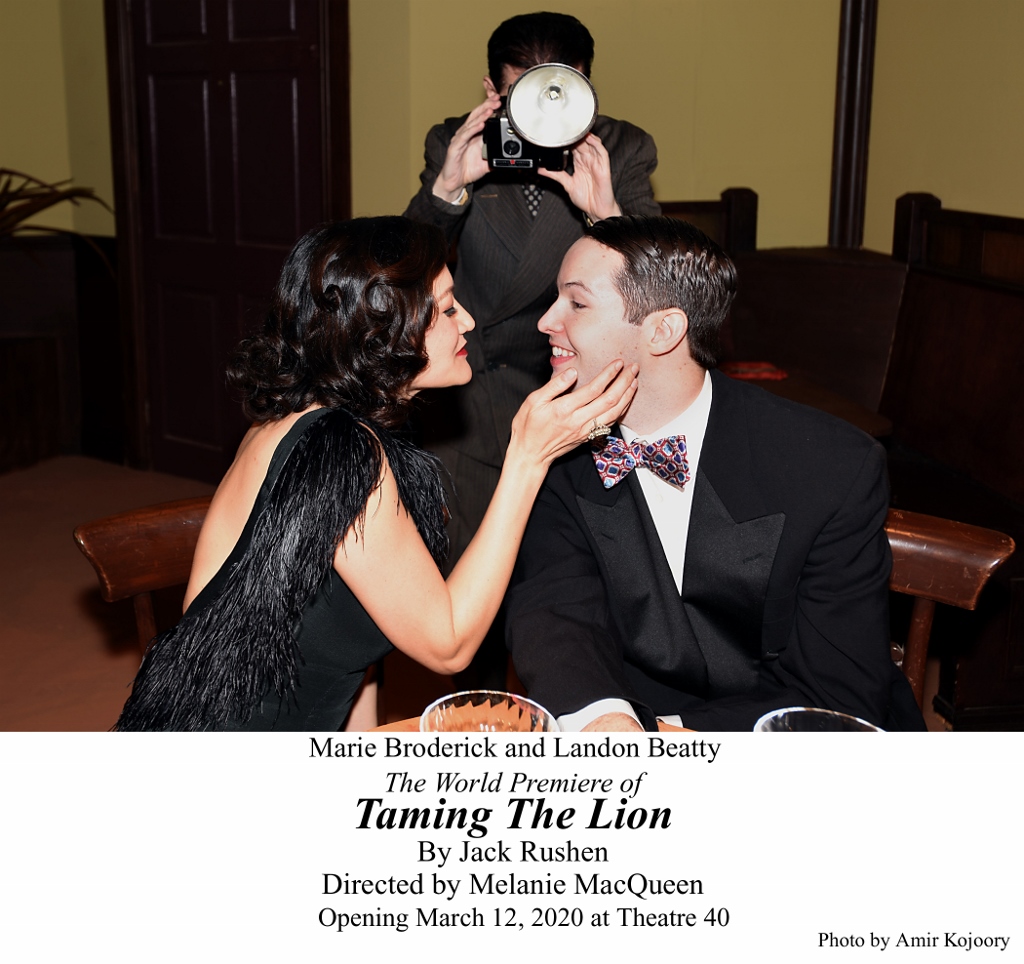 Helmed by Melanie MacQueen, a long-time Theatre 40 actor and director, TAMING THE LION strikes just the right note between glamorous old-time Hollywood, rigidly tyrannical studio head Louis B. Mayer, and the attitudes and values of a bygone era. The talented cast do an excellent dissection of what it means to be happy and fulfilled. Although Winner’s Louis B. Mayer seems a bit wooden physically, his psychological inflexibility is readily apparent. His all-knowing secretary Ida (Jean Mackie) also fills the bill admirably. On top of that, Joan Crawford often seems almost like the real article. 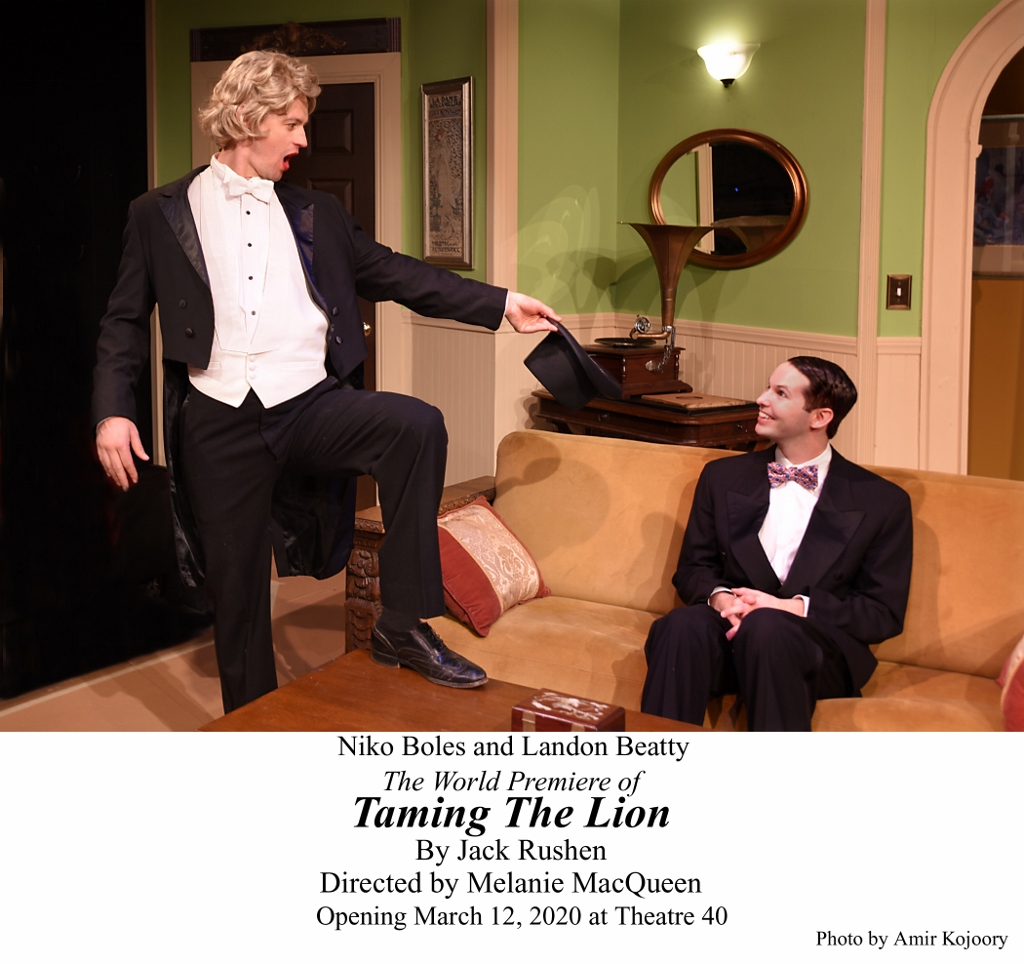 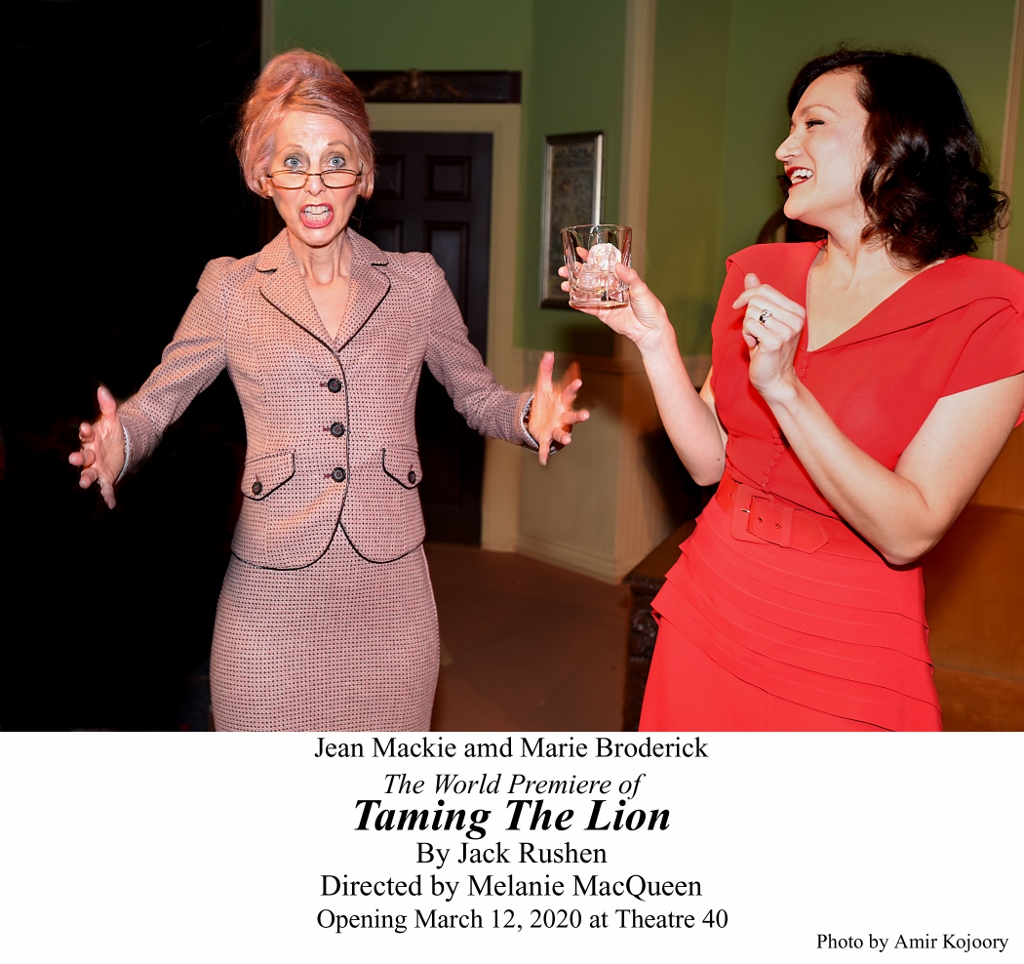 TAMING THE LION is definitely worth seeing, both for its historical significance and for Theatre 40’s excellent production. The show is taking a “corona virus” holiday and won’t return until Thursday, April 2. Be the first in line to see this highly entertaining and intriguing show. It’s one of Theatre 40’s best. 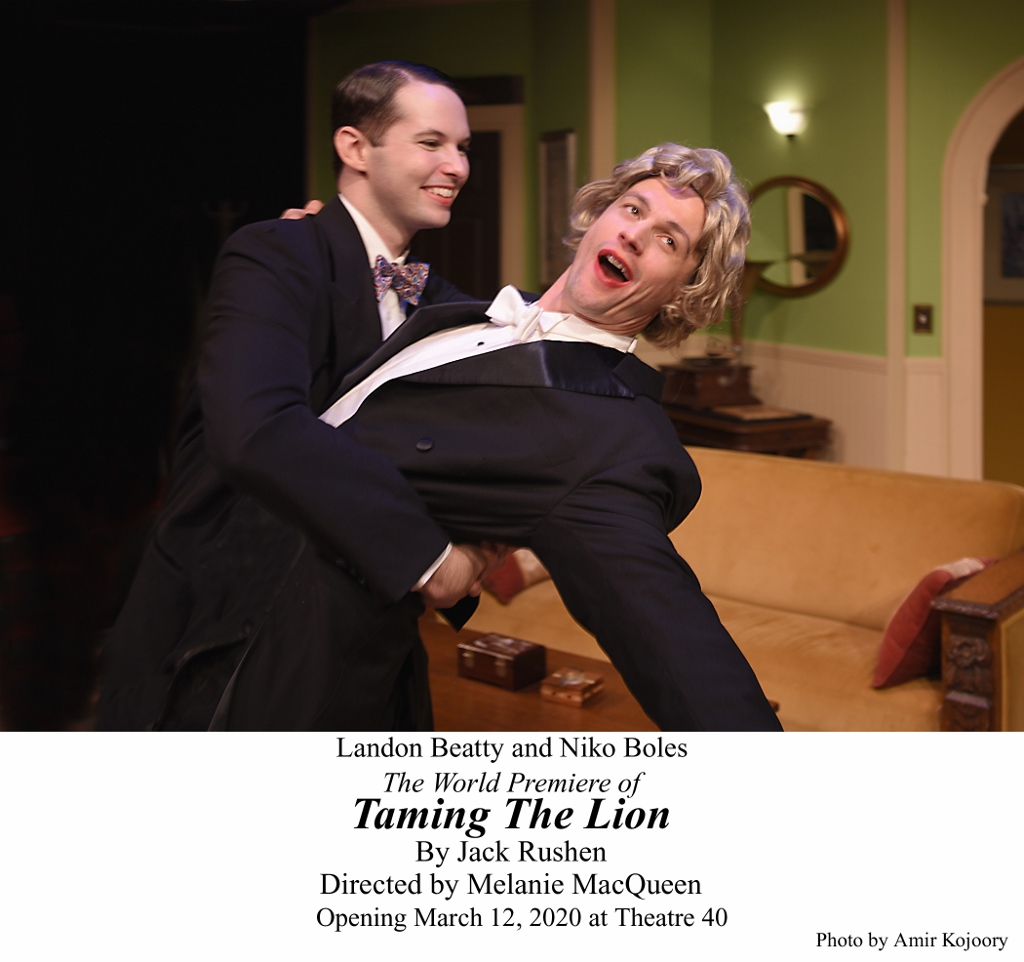 The Sound of Murder – A British Thriller

March 23, 2019 Elaine Mura Entertainment 0
Spread the love
Spread the loveTHE SOUND OF MURDER premiered in 1959 in London, where it received barely lukewarm reviews and quietly disappeared from the stage. In the theater atmosphere of the 1950’s, a play that wasn’t about […]

The Manor Review – Murder and Madness Haunts the Mansion

February 22, 2020 Elaine Mura Entertainment 0
Spread the love
Spread the loveWritten by Katherine Bates, THE MANOR returns to the Greystone Mansion for its eagerly anticipated annual visit. A Beverly Hills institution, the play – now in its eighteenth year – surpassed two hundred […]

September 29, 2018 Elaine Mura Entertainment 0
Spread the love
Spread the loveRipped from shocking 2012 headlines, 26 PEBBLES tells the story of America’s bloodiest massacre of young school children through the eyes, words, and memories of people who were there at the time. Playwright […]